Petition to the UK Government and Parliament

All schools have space for growing food.

With innovative techniques such as vertical gardening, even edges of a playground can become allotments.

An Interview with Ian Dunn, the Man Behind www.selfsufficientschools.co.uk and www.vegschoolmeals.co.uk

I first came across the Self Sufficient Schools @VegSchoolMeals account on Twitter last year. It had a post asking people to sign a petition to make School Food-Growing & Self-Sufficiency a dedicated subject area of the UK National Curriculum. I was curious to learn more about this initiative, which was started by Ian Dunn in North London, because it immediately struck me as a very good idea.

I still have fairly vivid memories of school food, which, back in the 1960s and 1970s, wasn’t very good at all. This was a salad-free era. I remember great big tubs of mashed potato and baked beans, toad-in-the-hole at least once a week, and always fried fish, or fish fingers, on Fridays. If we ever saw any green vegetables they’d usually been boiled to within an inch of their lives. Desserts were stodgy and unhealthy – treacle sponge or spotted dick – and nearly everything was served with custard. Fresh fruit was a rarity!

I also recall Jamie Oliver’s TV show, Jamie’s School Dinners, on Channel 4 in 2005, which set out to press the Government to improve the quality and nutritional value of school meals. I don’t know whether he met with much success, but a quick glance at recent obesity statistics in the UK suggests that our children need to eat more healthily. Almost 1 in 5 children leave primary school obese.

But childhood obesity isn’t the only issue. As society drives towards a higher level of sustainability, our children will need to eat more locally-grown food. You only have to think about it for a nanosecond really – ANY initiative in support of schools growing at least some of the vegetables that go into their lunches has to be a good idea. A lot of British children grow up with only a very limited idea of where their food comes from, so improving the level of education about this and about nutrition in general can only be a good thing – for their long-term physical health and for their mental health too.

I asked Ian how I can help, so it was great to catch up with him recently to find out how the campaign’s been going. 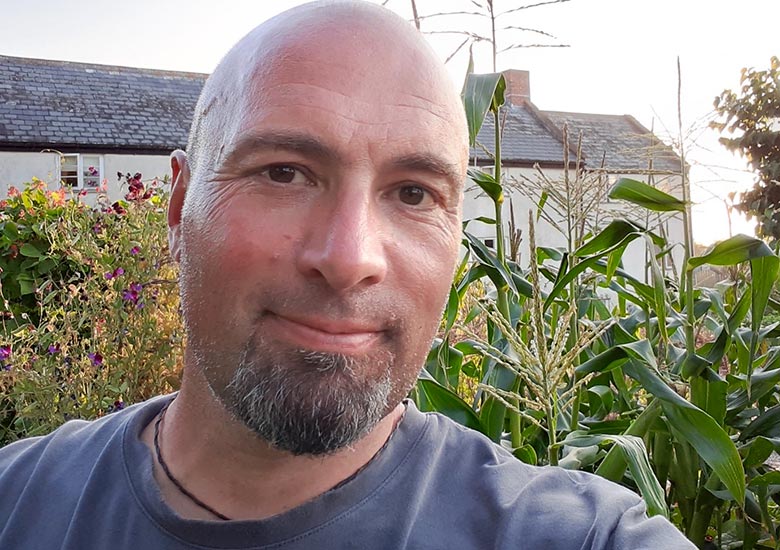 Steve: Ian, how did your campaign begin and what was behind it?

Ian: It started out as a call for a national debate on veg-only school lunches, with the veg being grown at school, hence @VegSchoolMeals and a call to make schools more self-sufficient and sustainable through the use of renewables, rain water harvesting, better waste management and more. From seed to plate, children could learn how to plant, nurture, harvest, cook and then eat seasonal produce. It’s literally ‘growing minds’. After launching the campaign, I listened to opinions and dropped the veg-only school lunch idea. It seemed sensible to follow the advice of school Chef Tony Mulgrew who was using less meat in school meals, but better quality, local and higher welfare.

That made a lot of sense to me. Sadly, for a number of children, the school meal is the main meal of the day. A number of people were worried that by removing meat it would remove the protein and vitamins that meat provides. Children should be getting three meals a day and a school is required to provide one third of a child’s daily nutritional requirements; if a child is not getting three meals a day, is that the school’s fault? Of course it isn’t, but schools can make a difference.

They have the infrastructure to not only provide free porridge in the morning but meals in the evening as well, and that’s something that the campaign is pushing for right now. Affordable meals, possibly even a “pay-what-you-can” type of scheme that would help families on low or no incomes and those on benefits, with some of the produce grown at school or on nearby school allotments. The Government must act to support parents who are unable to feed their families. Nobody should be starving! 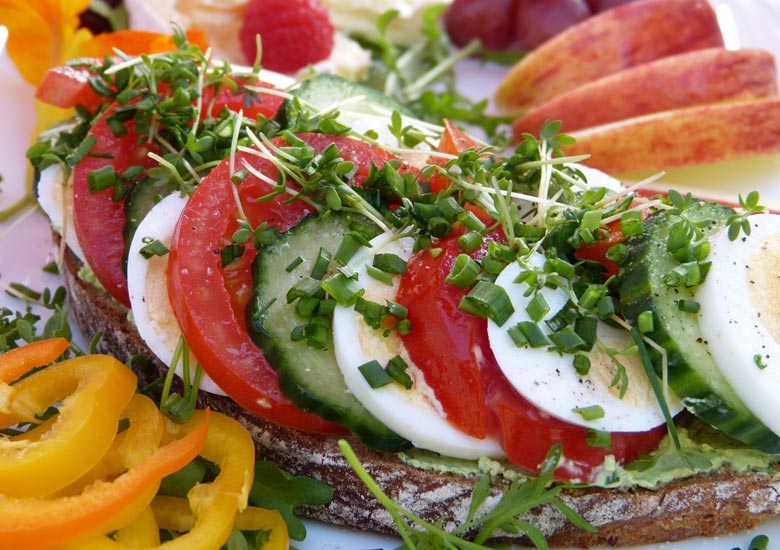 Steve: How are school lunches currently provided in Barnet, your local borough?

The outsourced school meal providers include a Regional Operations Director, Senior Operations Manager, Operations Manager, four Area Managers, an external supplier providing ready-made meals, an external supplier providing fresh fruit, veg and meat, another supplier of fruit and veg, and a butcher based within the borough itself. We then have the council staff, managers, legal/contracts team, council officers, delivery drivers, school liaison/business managers, staff at the school canteen, mealtime supervisors and cleaning staff. And last but not least, the actual farmers.

What are these huge global organisations doing in our schools? They wouldn’t be doing it if they weren’t earning money from it, but school meals should be not-for-profit, simple as that. The most economical way to deliver school meals is to shorten the journey from plot to fork, not to expand that journey to include as many salary-earners as possible along the line! Despite the fancy menus and claims of shopping local – North Norfolk is not local to South London – children are still being fed a strange mix of either excellent quality lunches or very poor quality lunches.

There should be an accepted high standard as children deserve the best.

Steve: Sounds like a case of too many cooks spoiling the broth. What sort of food are the children actually being served?

Ian: Food should be healthy, nutritious, delicious and a feast for the senses. Since when did it become normal for fish to be served in square blocks in orange breadcrumbs? Where’s the real fish? Vegetarian options are often bland – lots of cheese and quorn, re-invented meat dishes with meat substituted with veg! Veggie quorn bolognese, quorn sausages, quorn chilli con carne, quorn frankfurters, quorn cottage pie and cheese flan.

This is hardly showcasing modern vegetarian cuisine, despite some enterprising school chefs such as Tony Mulgrew actively embracing vegetarian food. We have Michelin starred vegetarian restaurants in the UK, yet some school vegetarian options can send you back in time to the 70s! It has to be more exciting, modern and above all tasty. Children and young people in schools are tomorrow’s scientists, award-winning chefs, doctors, inventors, creatives and much more.

They need brain food, food to help them stay alert. They shouldn’t be hungry. Schooldays should be some of the best, most memorable days of their lives and lunch should be a highlight of the day, every day.

Steve: It’s clear that you’re a passionate believer that kids deserve to eat healthier food. But your petition actually goes beyond this, right?

No waste, no plastic, no food miles, etc. This is all covered in my school’s questionnaire and on the website, but the overall aim of the campaign is to encourage schools to become more self-sufficient. Essentially any step towards the greater use of renewable resources is a step in the right direction. 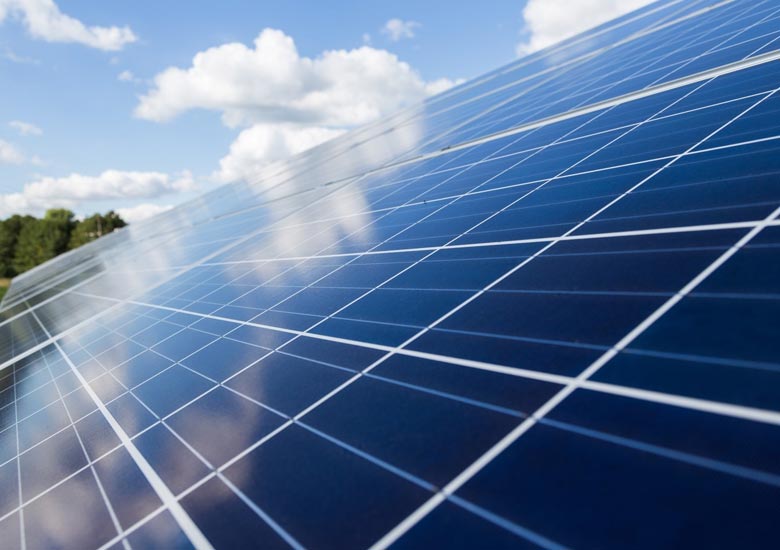 Steve: I understand that your campaign has some high profile supporters.

Steve: What are the next steps for building momentum and support for the campaign, and to get the Government to take notice?

Ian: The campaign/petition is self-financed. I don’t receive any funding, but in order to raise awareness to a level where it’s being heard in Westminster, funding will probably be required. I’m currently considering setting up as a not-for-profit organisation which then allows me to apply for funding.

The alternative is to crowdfund. In the meantime, I’ll be launching a guest-blog spot on my website and will be inviting Self-Sufficient Schools @VegSchoolMeals supporters to talk about why they support the campaign, why it’s so important to make schools more self-sufficient, why it’s important to teach children ‘relevant’ life-skills for healthy, sustainable futures. 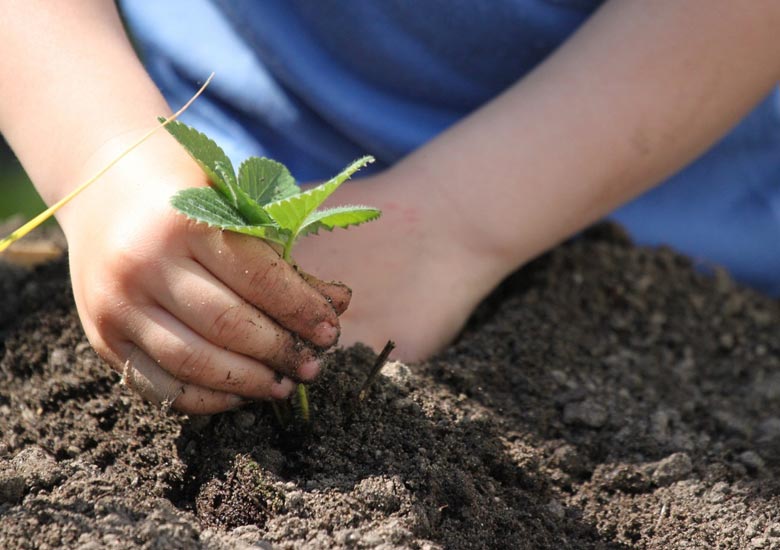 Steve: What about your excellent vegetable planting calendar?

Ian: The vegetable planting calendar has been a great success. I’ve been asked to produce one for Melbourne, Australia, but I’d like to go further and produce calendars for other countries as well. It would also be good to produce a fruit and herb calendar.

Steve: Do you get any help with the website and on the printing side?

Ian: As a graphic designer, I’ve been able to produce all the materials for the campaign myself. The website has been built and is kept up-to-date by my great friend Tim Steward of Australian indie legends www.screamfeeder.com and any printing has been done by family friend, Dave at www.acegraphics.co.uk Interestingly we were all in the same Scout group in the 70s/80s and I’m reminded of the Scout law – a Scout is a brother to all Scouts. It is through the Scouts that I became interested in survival and that grew into an interest in foraging and outdoor cooking.

Steve: And closer to home, in Barnet, do you have any plans to help drive change?

Ian: I’m hoping to build a table of Barnet Schools showing daily food waste figures to support my Don’t Waste Waste petition (www.change.org/schoolfoodwaste) and a list of renewable energy resources that are in place in Barnet Schools. I’d like to see anaerobic digesters in every school. A simple digester costs around £520 and can produce 2 hours of cooking gas per day and bio-fertiliser.

I believe that these things, and growing produce, should be included in OFSTED reports. Parents will be keen to send their children to eco-schools. Schools can save money in the long run by embracing renewables, by setting up micro-grids, and they could sell excess energy to the community, thus creating a new regular income stream. By harvesting rain water, toilets can be flushed for free and plants watered. More water would be saved if schools had composting toilets and once again waste can be anaerobically digested.

Steve: Thank you very much for talking to me Ian. I can see that you’re very passionate indeed about driving change. Any final thoughts before you go?

Ian: We see developers building so-called affordable housing, but they need to be building homes and schools that are affordable long-term. That means installing renewable energy resources, rain water harvesting, solar heating, heat capture, etc. Children leaving school, getting their first job and then eventually buying or renting their first home would expect those properties to be sustainable; one day our children will ask us ‘why’ we ever paid for electricity!

These are the generations that could save the planet! Our generation has a responsibility to ensure that they are equipped with as much knowledge as possible to not just survive, but to thrive once again in an environmentally stable, more self-sufficient and sustainable world.

I’ve signed Ian’s petition, which you can find here Petition · Make school food-growing and self-sufficiency a dedicated national curriculum subject · Change.org and I hope you will too.

Please share it with your network if you can – the more people who get on board, the greater the chance that the Government will respond positively, and that we’ll begin to see real change happening in our schools.

We use cookies to ensure that we give you the best experience on our website. If you continue to use this site we will assume that you are happy with it.Ok